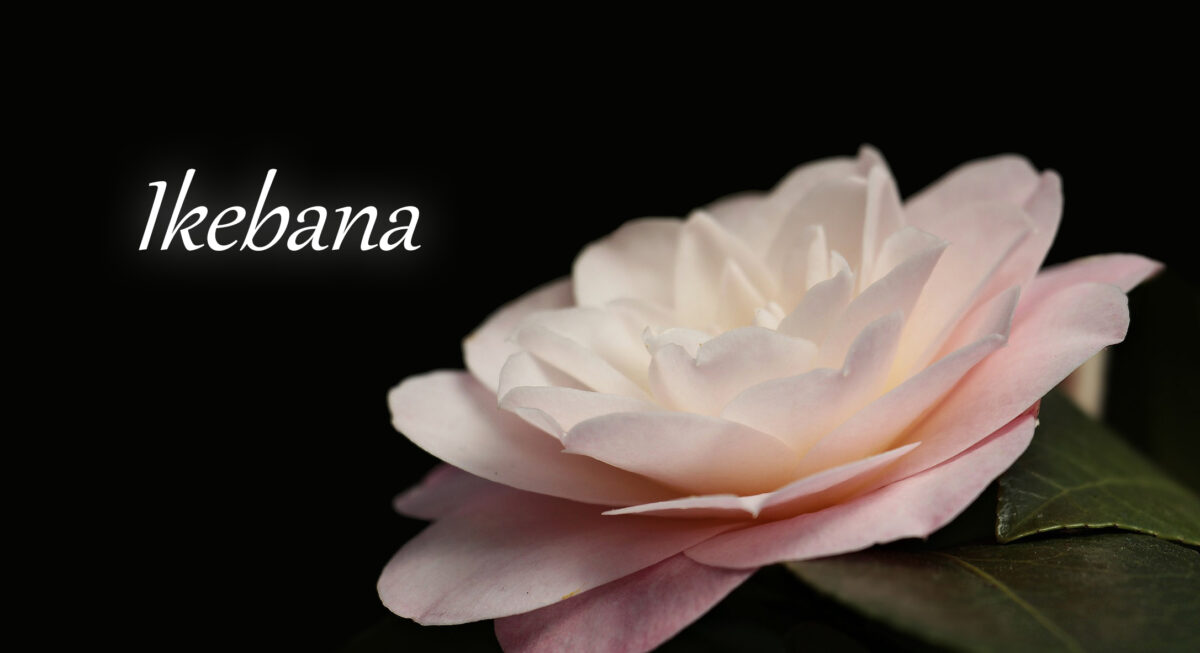 -Peeks out from under her rock-

I swear I’m aliveeee I’m sorryyyyyyyyy. OTL For those who missed my previous post – I moved! So for the past two months I’ve been living out of boxes and doing hard labor to get my new home ready to live in. And speaking of which – I’m now a first time homeowner!!! (Yet another reason -cough cough, excuse, cough cough- as to why I’ve been MIA these past few months). But no seriously, it’s been a very exciting, if very grueling process. It’s also why it’s taken me so long to go through the ‘move’ process.

And while I’m still getting back into things and I swear on my life that I do have many a drafts I’m working on for “Defying Destiny” , during my more limited internet access time, I surprised myself by catching on tumblr robxstar‘s announcement for their yearly RobStar Week for 2021. And considering they’re basically my OTP for life like forever ever ever, I decided to try to participate this year. (If nothing else, I could use a few hours to escape from the ever growing lists in my brain regarding ‘to-do’s’ for my new house). And you know what? It’s been a really nice escape!

The first day’s prompt was “Floral Arrangements”, so I decided to draw on the culture of my ‘other home’. I present to you for all of your reading and RobXStar enjoyment: “Ikebana” (生け花)!

While he had said it had been fine, a feeling of guilt still lingered inside her as Robin threw away the remnants of the broken vase.

Normally, Starfire had a green thumb.

Normally, she was good with flowers.

But this… foreign, floral art that she was attempting to do, maybe she had bitten off more than she could chew.

When I first heard this prompt, I really, REALLY liked it, particularly because (and I don’t know why), one of my favorite comics featuring Starfire shows her tending to the gardens at the base of Titans Tower. It’s just… it fits her so well. She’s very much so a person who wants to get to the end result right away, and yet as we all know, gardening is anything but a ‘right away’ result.

For that reason, I really like that dichotomy. I thought it showed how Starfire is aware that she can come off rather brash or impatient at times. (More so in the comics, not so much the cartoon). In a way, I think it shows the side of herself that is her insecurities. Very often, we see Starfire in a very ‘strong’ or ‘leadership’ like role. But for some reason, I’ve never gotten the impression that Starfire particularly feels ‘secure’ as a leader. She knows she naturally ‘fits’ as a leader at times – after all, she’s a princess. She’s royalty. But I don’t know if I’d say it’s what she wants nor if she always feels completely comfortable with it. In other words, I think she hides her worries well.

And while in the comics being a ‘leader’ seems to be a growing concern for Starfire, I think across multiple mediums, there’s a side of her that just feels inadequate in certain areas of her life. Inadequate in saying things that mean the most to her (cough cough to Robin cough cough). Inadequate at being ‘good enough’, perhaps compared to her sister or other Titans. And perhaps just inadequate as a person in the lives of those she cares for most.

Again, I don’t think Starfire is one to volunteer these feelings. Nor is it like they plague her ALL of the time. But I think there are moments where she sees her ‘faults’ or ‘shortcomings’. And like many of us, it bothers her because she wants to be the best that she can be. And the core of that desire, the origin, I believe, is her love for her family and friends. It’s a really tender desire and one that I admire and can relate to well.

So I knew I wanted to do something with Starfire involving flowers and I set down that track… Only I found I wasn’t really satisfied with traditional stories revolving around courtship and floral gifts. It frustrated me as I wanted to bring out that ‘worry of inadequacy’ in Starfire. Normally, I think we all associate that with Robin, because well, PERFECTIONIST much isn’t he? But this time, it was Starfire’s turn to be a little vulnerable. And so I wanted to find a way to make that moment happen. 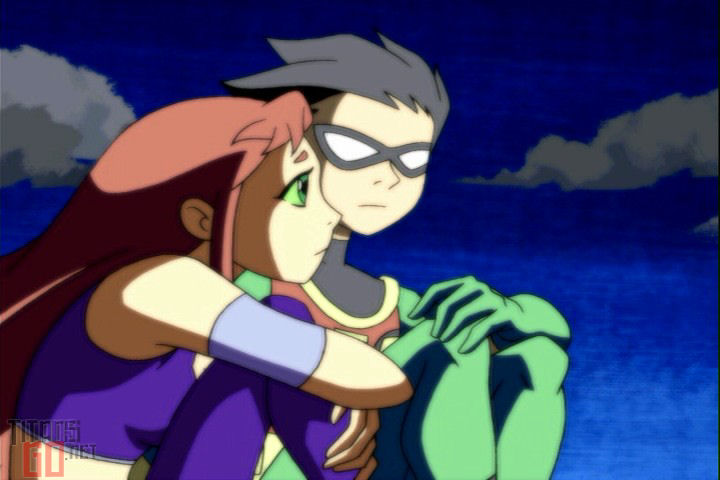 “Sisters” is a brilliant episode, showing the more emotional side of the Titans’ stories, particularly with Starfire.

I decided to reflect on what made me feel connected to Starfire as a character. What made her relatable to me. Why she meant something to me. While Starfire has always been one of my favorite Titans, I don’t think I gained a full appreciation of her character until I moved to the greater Tokyo area a number of years back and realized ‘holy crap, being a foreigner is REALLY hard’. There were a number of times where I felt ‘inadequate’ as I attempted to assimilate into a culture that I respected and was honestly very grateful for. After all, the people of the country were letting me live there and I loved it there. I couldn’t ask for more and I wanted to do everything I could to show that gratitude…

But even months after arriving, a year even, there were still hurdles I had to cross, both linguistic and cultural. Sometimes I truly couldn’t understand what people were saying to me, via dialect differences or vocabulary I had yet to learn. There were other times I had rude people yell at me in broken English trying to get me to buy something even though I knew I was speaking perfect Japanese to them at the time in a natural tone saying I wasn’t interested, but they did it because I was a foreigner.

Even still, there were times I found myself at odds with cultural norms in Japan and felt an internal conflict where I had to decide if I needed to be true to myself or bow out for harmony. Regardless though, I don’t think I ever felt the joy and happiness of living in such a wonderful place leave me. I truly loved Japan and the people and I knew that was why I stayed.

I love how Starfire just loves where she is, where she’s at. Also, look at that, flowers! 😉

I could go on. But I think through experiences like that, I gained a lot of respect for people living in places they are not native to. And that included Starfire. It was then that it hit me. I needed to give her another way to work with flowers that she wasn’t familiar with. Not simply growing them, but arranging them – arranging them using the ancient Japanese art of Ikebana, a method of flower arrangement to requires a calmness and patience in order to observe flowers, determine what they are trying to ‘say’, and then place them in a manner that would allow others to hear those ‘words’ too. And thus, my story “Ikebana” came to be.

Ultimately, I think it worked very well. I think the first time we try anything, we are prone to second guessing ourselves and our abilities. So it was the perfect way to bring out some of those hesitancies Starfire sometimes quietly has. Not to mention, incorporating Ikebana was a great way to connect the whole process back to Robin, a martial artist. 😉

Of course though, while Starfire is the central character in “Ikebana”, I did want to make sure Robin’s aura was in it too, not simply his presence. As I allude to in “Ikebana”, I picked Irises, symbols of heroism and flowers believed to ward off evil, as one of the items Starfire used in her arrangement to show both her respect for Robin, but also her care for him. Also, in the A/N at the end, I mention the meaning of the Camellias, the other flower Starfire uses (featured in header image). These symbolize love, deep desire, passion, and rebirth (the beginning of Spring). And I’m pretty sure any Robin fan knows all of those fit him to a T. (Especially considering his birthday is the first day of Spring.) ^_^

I like to think the thing that brings them together in this story is the mentioned Japanese aesthetic in the story of ‘wabi-sabi‘ (侘び寂び), defined as an “aesthetic sense in Japanese art centered on the acceptance of transience and imperfection.” I think they both want to be in a sense ‘perfect’ for the other person, just like many of us do for our significant others. We want to be wanted, to be needed and often we see the way to become the object of another person’s desire as being ‘perfect’.

Yet all too often, I think we forget that in more cases than not, our significant others are not nearly as bothered (or don’t even notice sometimes) the ‘imperfections’ in ourselves that we notice. We become so involved in what Elder Jeffrey R. Holland calls “Toxic Perfectionism“, that we can’t see how much others love us, faults and all. Thus I like the theme of learning to accept imperfections in oneself with the help of the person we love. Particularly for Robin and Starfire, a couple whose relationship is very ‘transient’ in media as it is touched by so many writers, I hoped this would be a heart-warming message for fellow RobXStar shippers.

I suppose that’s all for my ramblings for now. Please let me know what you think of “Ikebana”! Again, many thanks for the prompt and event planning by robxstar on tumblr. Really fun exercise and escape into my favorite romance. I don’t think I can participate every day this week. But I do have a few more in mind that I’ll try to write and then share here. I will also be doing my best to update with other items too. (Drafts, I have so many drafts!) Till next time. Much love and happy reading! 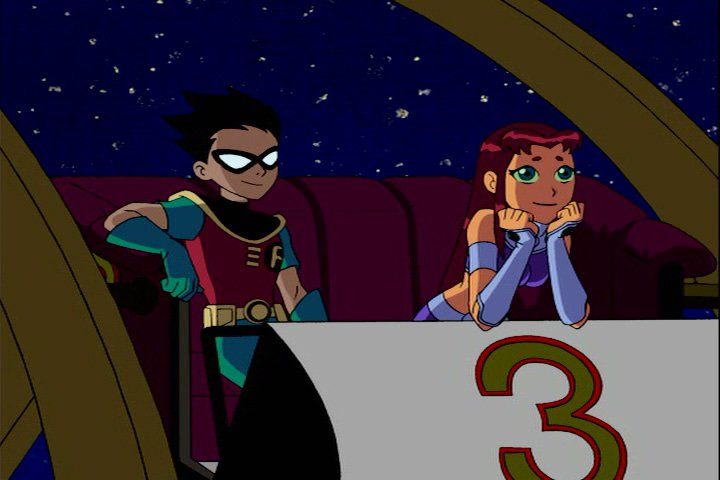 "Dream by Day" (Still Skywing folks! Just a writer penname of mine. ;) )