I wanted to share with you all today my experience at Itsukushima (厳島), more popularly referred to as “Miyajima” (宮島) or “Shrine Island”, located southwest of the city of Hiroshima (広島). As one of the “Nihon Sankei” (日本三景), or “Three Views of Japan” coined by the scholar Hayashi Gaho (1618-1688), scholars consider it one of the most scenic and beautiful sites in all of Japan. Perhaps outside of Japan, people around the world most prominently know the location for the “floating” Otorii gate (お鳥居) of Itsukushima Jinja (厳島神社), which peaks at 16 meters high. During high tide, is is only accessible via boat. But at low tide, one is able to walk out to the gate and stand next to it.

So, how was the excursion? Not bad at all!

Getting To and Around Miyajima

Before coming to Japan, I bought an all encompassing JR Rail Pass, which allowed me to travel on the JR rail lines for next to nothing as well as ride the JR Miyajima ferry for free (if you go, make sure you are going on the JR ferry if you have the Rail Pass, otherwise you’ll have to pay!). I stayed in the Hiroshima city center the night before and took a day trip to go out to Miyajima. It was about a 30-40 min ride from Hiroshima Station to Miyajima Station on the Sanyo Main Line (山陽本線). Straight out from the exit was the pier where two ferry lines took travelers across the way to the island (about a 10 minute ride).

Upon getting to the island, there was about a ten minute walk to what I would call the “Shrine” center, though the way there was nothing next to boring. Depending on the route chosen, visitors can go down a street (Omotesando, 表参道) lined for shopping, particularly “Omiyage” (お土産) or Souvenirs, or the street lining the beach, which is equally as interesting due to the large number of wild deer that roam the street (I took the latter!). Humans don’t particularly seem to bother, perturb or scare these deer, similar to those in Nara (奈良). Though wild, one can feed them senbei crackers if they wish. Unless you’re feeding them though, I primarily would recommend letting them be and stick to taking pictures instead of bothering them. They are not riding animals or tame, so it’s not a great idea to provoke them.

The Shrine center area primarily revolves around the centerpiece, Itsukushima Jinja (Shrine), which stands on docks jutting out into the bay. Like the floating Otorii, people can access this shrine at low tide from the beaches. However during high tide water swallows them up. If you’d like, you can also take boat rides out to the Otorii gate while the tide is high. I didn’t do this and instead decided to take pictures from the shore and explore the surrounding areas.

Coming from the Ferry Dock and before the Shrine, one can climb up to see the Senjokaku (千畳閣), literally the “Pavilion of 1000 Mats”. Initially construction began in 1587 by Toyotomi Hideyoshi (1537-1598). While the builders never fully completed the structure, it does offer magnificent and peaceful views of the island and is the largest building on Itsukushima. So take off your shoes and enjoy the beauty when you go!

Next door stands the beautiful Five Tiered Pagoda “Gojunoto” (五重の塔). The building was initially built in 1407 (before Senjokaku). The pagoda at one time enshrined three buddhas, including Yakushi Nyorai Zazo, the Buddha of Medicine. Today, it stands gorgeously above the island and overlooks Itsukushima Shrine.

I decided to delay going into Itsukushima Shrine in favor of going to some of the taller and higher points of the island as the Shrine was rather full during high tide. While it is possible to climb up and take lifts up to the top of Mount Misen (弥山), I instead decided to make a less time consuming climb up to Daisho-in (大聖院), the primary Buddhist Temple within an area of temples and a World Heritage zone of Itsukushima, all of which were absolutely beautiful and, as they were further away from the crowds, much quieter. As such, it was easy to take time to simply enjoy the beauty of both the structures and surrounding nature.

From structures including hundreds of lanterns, a basement of near pitch darkness (and I mean completely pitch black, I couldn’t see my hand in front of me while down there), and various stone statues, the temples were a very nice, relaxing and peaceful excursion away from the rest of Miyajima allowing for me to have a calmer mind in the midst of a busy day.

After going up to Daisho-in, I realized I was famished! So I looked for a couple places to eat. I ended up at a Udon shop. There I had Kitsune Udon before later topping it off with an ice cream cone at another shop down the way. Throughout my exploration of Miyajima, I also loved the number of deer that one would seemingly randomly come by. Beautiful, no?

After eating, I noticed the tide beginning to recede, so I decided at this point to go to Itsukushima Shrine itself. After a quick 500 yen fee, in I went and weaved through the docks to the center of the shrine. From there the beautiful Otorii gate stood proud and tall out in the water (though just barely now!). It really seemed like a little alcove of one of earth’s beauties as the sun began to set upon it.

The History of Itsukushima

A little about Itsukushima and the Shrine. The Shrine itself was built for the daughters of Susano-o no Mikoto, a Shinto god of the sea and storms. Travelers had to sail through the Otorii gate before being permitted on the island to retain the shrine’s sacred nature and as well as that of the island’s. That’s if the islanders permitted them to enter at all. Even the Shrine’s dock-like nature was created so as to deter people from entering it, making it seem untouchable. Only in the recent centuries did the shrine permit commoners on the island. Another interesting fact, the island does not permit births or deaths to occur there. Thus the locals urge pregnant mothers far into their pregnancy not to come. Meanwhile they also advise the elderly or terminally ill against coming, in order to retain the pure nature of the island.

Once I passed through the shrine, I went down to the beach. The shore was growing in size as the water was quickly receding at this point. I was a little disappointed though. As the tide went out, a lot of people were already close to the Otorii gate. This made it so any good views were filled with tourists. Resigned to the fact that I wouldn’t likely get a great photo, I took off my shoes and waded out a bit to get closer to the Otorii gate as well.

Surprisingly, I think I did manage to get some nice photos. But I would have loved even more to have no people in them. I didn’t get all the way to the Otorii gate as I would have had to go in past my knees and I was wearing a long skirt. But it was beautiful regardless. It probably isn’t a beach where you would go swimming. (I did see some people napping on the sand, but that’s it.) But I also liked how similar to most beaches in Japan, I could leave my shoes on the shores and not worry about them being taken.

Now at the end of my adventure, I made my way back to the ferry port (I took the shopping route down Omotesando this time). Most shops were closed. However I did get to see what is said to be the largest rice scoop spoon, O-Shakushi (大杓子)! Around O-Shakushi, there were plenty of places to buy spoons too, though much smaller in size thankfully, haha. Finally, I made it back to the ferry after wandering a bit through the side streets. (I did this a lot actually!) And eventually I made it back to port.

I highly recommend going down well lit areas in Japan even if they’re off the beaten path by the way. There’s always something to see and they are generally safe to explore. (And Japan is one of the safest countries in the world.) Just check the area before you go! After the ferry ride, I made it back to the JR Station. Within an hour, I was back in Hiroshima, which I explored a bit at night.

Overall, it was a great experience. I’d highly recommend it if you are traveling to Japan and will be in the area. It is likely even nicer if you can go during an off-peak time of the year. 🙂

So what are my recommendations for those who intend to go?

And that’s what you need to know before visiting all of the best places on Miyajima! It truly is a beautiful island with spectacularly lovely locations in the Land of the Rising Sun. It is a remarkably well preserved cultural and historical sight. Thank you for letting me share a bit of my joys and travels with you all today. I’ve posted more photos from this excursion to Miyajima in the photography section of my website and I hope this helps you if you’re planning a trip to Japan! As always, keep exploring, never stop dreaming, and I wish you all every happiness. 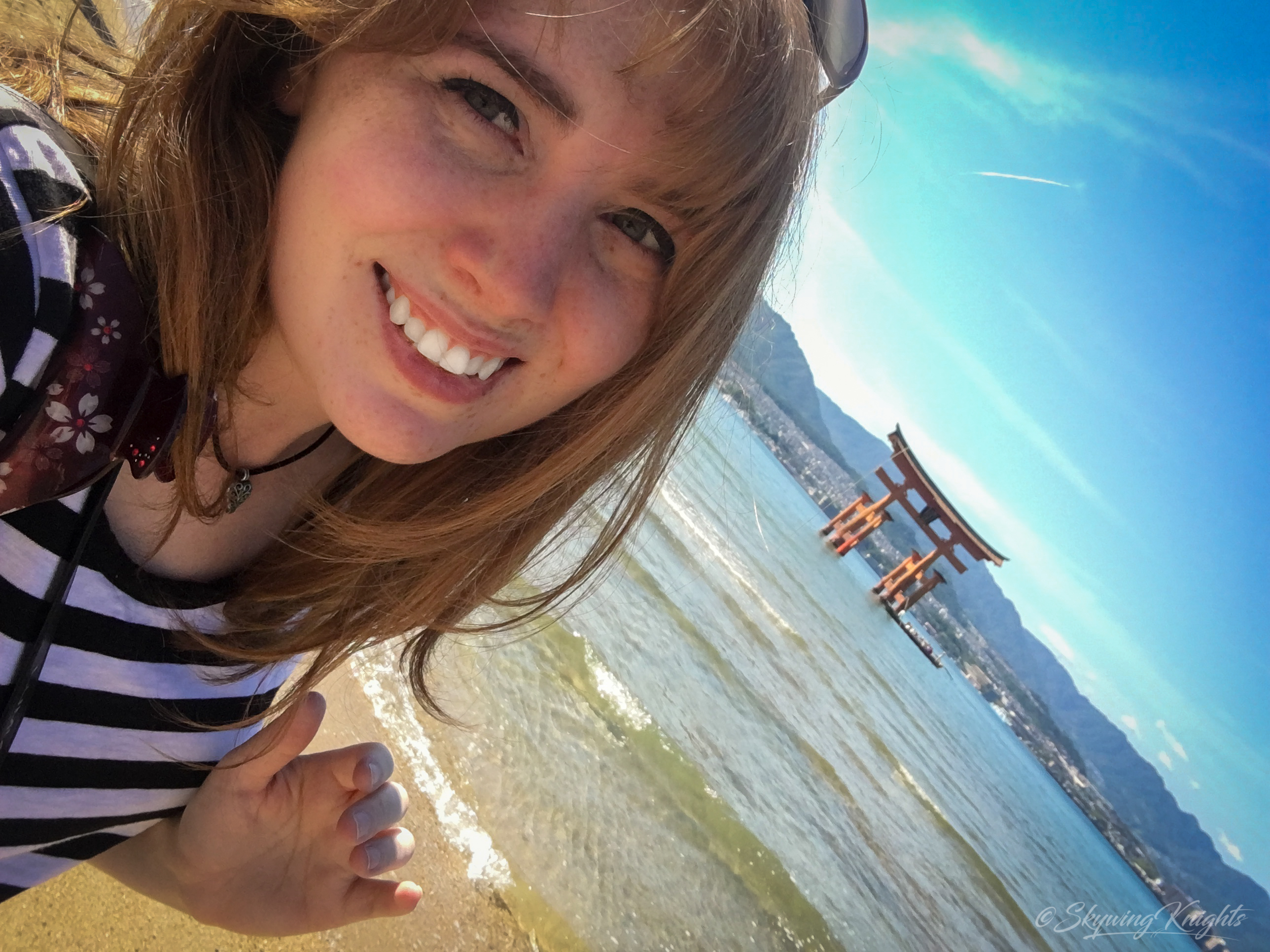