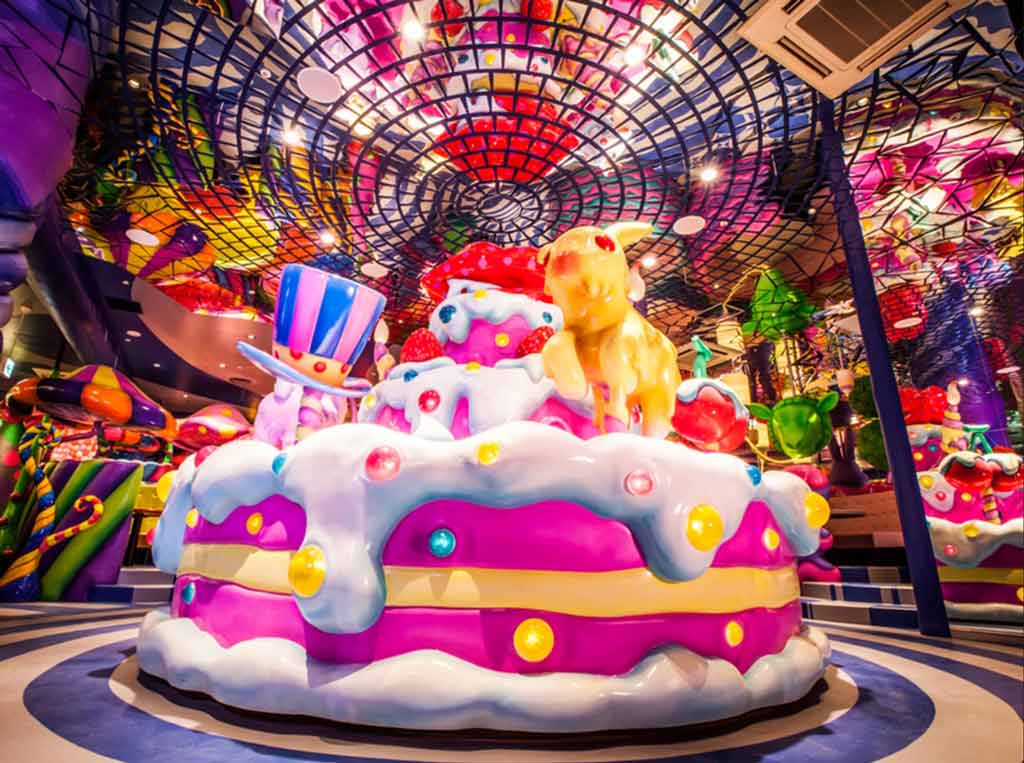 Sharing a Tokyo adventure with you all today, one that’s both scary and sweet! Appropriate since we’re in October right? (But actually, it’s much more sweet than scary!) And this adventure today takes us right into Tokyo’s Harajuku (原宿), to the Kawaii Monster Cafe. Unfortunately, this restaurant fell victim to the COVID-19 Pandemic and closed during the height of the outbreak. However, it appeared in the form of a pop up cafe in Osaka (大阪), so it’s still possible that it will return to Tokyo once the pandemic has lifted enough. And this is even more of a possibility especially now that Japan is re-opening to foreigners! So keep your fingers crossed that this place makes a return!

This adorable themed cafe was introduced to me by friend Sara of Shelf Shrine right before I moved back to the states. We decided to meet up in Harajuku on one of the last weekends that I was going to be in the land of the rising sun and she surprised me by taking me to the “Kawaii Monster Cafe”. Originally located just off of Omotesando (表参道) and a little past Laforet, the cafe was two floors up and, unlike many themed restaurants, did not require a reservation (talk about a shocker for themed restaurant in Japan!).

Still, that doesn’t mean a reservation isn’t a good idea. I personally did make sure to reserve a table the next time I went while I was in Japan, as there was no guarantee that without one there wouldn’t be a wait (and time is money when you’re on vacation in Japan!).

The “cafe” (really it was a restaurant though) had 5 seating areas, including the Sweets Go Round, the Mushroom Disco, the Milk Stand, the Bar Experiment, and the Mel-Tea Room. During my first time there, we went to the Mel-Tea Room (which was adorable! Decorated in chocolates, teacups, and the like, we were instantly in love with the place) and during my second time there, we ended up in the Mushroom Disco, which was super fun! This area was decked out with colorful giant mushrooms and a giant disco carousel in the center. Talk about a show stopper!

The first time I went, we were greeted and served by the Monster Girls. And yes, they were dressed in trendy and cute monster-inspired attire. It’s not a guarantee that the Monster Girls will be your waitresses, particularly on busy day. But the first time I went, we were very lucky to have them! (Even if you didn’t get the Monster Girls as a waitress, your waitress will likely still have monster-inspired attire and accessories on, though – the theming never stopped at the Kawaii Monster Cafe!)

When I did get the chance to speak to the Monster Girls, we did ask them about their outfits, such as where they got the accessories etc. I was particularly impressed with their wigs, which looked heavy. Asking about it, they actually let us feel the weight and they had to be at least a few pounds, much heavier than the normal wigs I’ve worn. Talk about dedication to a job!

And as I alluded to before, the theming at the Kawaii Monster Cafe didn’t stop with the outfits of the servers. Scary and cute are also adjectives for all of the food and drink options at this eccentric cafe. Just some of the options I’ve had the pleasure of witnessing (and tasting) have included:

The Non-Druggy Cocktail (Experiment) (Non-alcoholic), which you get to mix together yourself!

Popcorn Shrimp and Dip on a Painter’s palette

To my knowledge, the menu was one to change. As such, every time you could experience something new! And talk about yum! Not to mention the menu was a fun tablet inlaid in a ‘monster cake’. It could also display the menu in both Japanese and in English. So if you don’t read Japanese, this was just another total bonus to the whole experience.

Both times I went, we also got to take photos with the Monster Girls. And after finishing our meals, we could proceed over to the Kawaii Monster Cafe Gift Store. Afterwards, we headed out to enjoy the rest of the day shopping in Harajuku. This made the cafe a fantastic way to divide up the day while exploring one of Japan’s hottest, most fashion-forward epi-centers.

Overall, it was a super enjoyable experience. The atmosphere was very light and fun, and if you’re lucky, sometimes the Monster Girls would even put on a performance while you were there at the carousel or on one of the stages. In short, it was a great spot for young adults looking for something new, fun, or even a little relaxing.

That said, I really do hope it returns. And if it does, definitely check it out if you’re looking for a fun place to have lunch at in Harajuku! I’ll be sure to update this post if that happens with the latest information. It’s a great place for young women and teens especially. You’ll be sure to have a great time. For additional information and updates regarding its status, their website used to be here and if the restaurant comes back, it will likely pick up at the same URL: Kawaii Monster Cafe Old Website.