Leader of the Black Hawks, a ruthless group of highly trained fighters within the Barsburg Military, Chief Ayanami is strict, cold, and opportunistic man, seeking to reclaim what he views as rightfully his. In the past, he led the Barsburg army against the Raggs Kingdom and ultimately struck the fatal blow on Teito Klein’s father, the King of Raggs.

Now, realizing that Teito is host to the Eye of Mikhail, he will stop at nothing to retrieve the escaped youth and use the Eye of Mikhail to reclaim his former glory by destroying the Seven Ghosts. Because Chief Ayanami is also a re-incarnate. A Reincarnation of the fallen God of Death, Verloren.

Ayanami was a military uniform and you know what that means. (If you don’t know, it’s that I buy them mostly because I HATE making military uniforms, lol) ^^; So yes, Ayanami was mostly bought. And I surprisingly was pretty happy with the bought piece and still am.

I tend to really dislike buying full cosplay pieces. Even now, I tend to avoid them, even if they are military attire. At the very least, I’ll do something, anything, to change it up and give it more depth, because normally I find any cosplay bought online ends up being pretty generic, whether by shape or by design.

When I first cosplayed Ayanami, I remember taking care to at the very least find the right boots and also to make a sword and sheath for him, as those items were not included. For the sword, I used a plastic sword with fast drying clay for the hilt, painted it and called it good. The sheath I made using a packaging tube.

Looking at them now, well… they’ve fallen apart, but it was a good experience regardless. It taught me a lot about how the right (or wrong materials) can really make a difference and change the finished look of a project. So I’m grateful for the experience.

In 2019, I re-did Ayanami’s wig, using one from Swallowtail Wig. The original one I had came with the outfit. And while it… worked, I really didn’t like the color or how it was cut. So this time, I picked out one I thought was closer to Aya’s color and proceeded to crimp it to give it waves and cut it.

I think it turned out far better – now I just need to wear it again! 😀 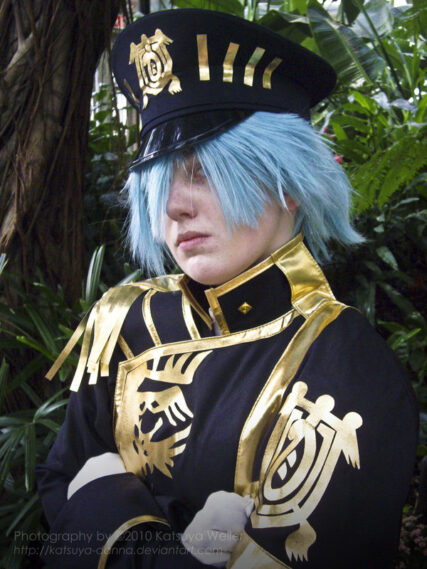 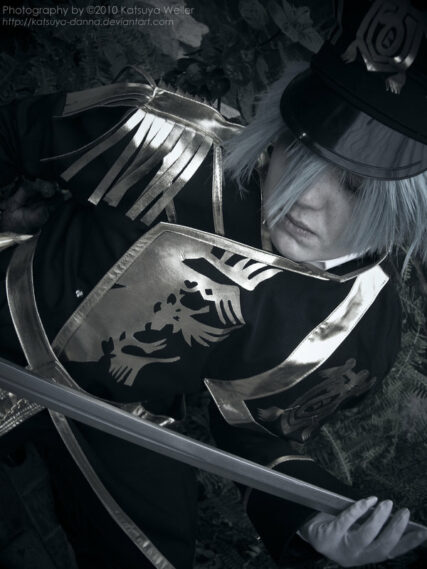 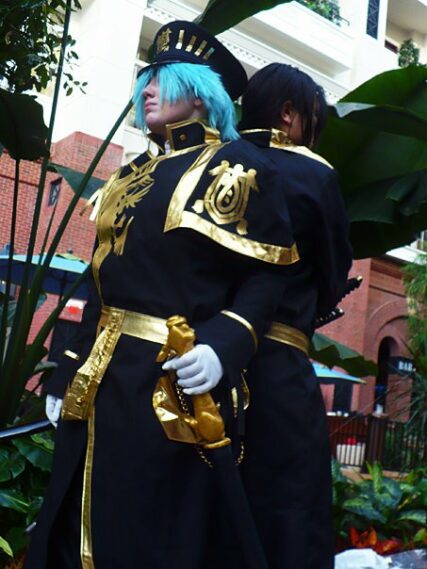 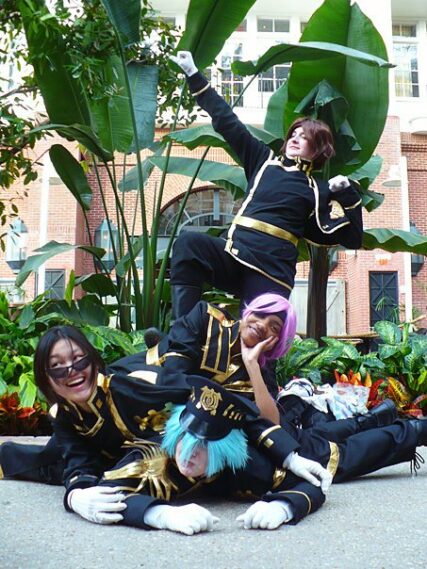 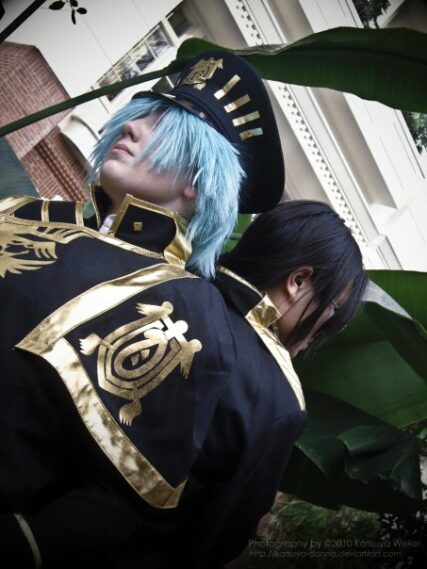 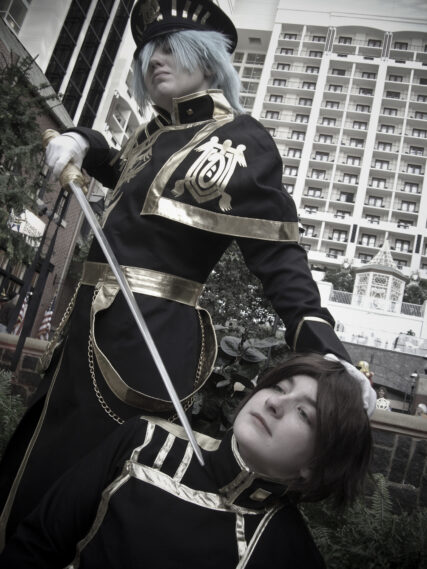 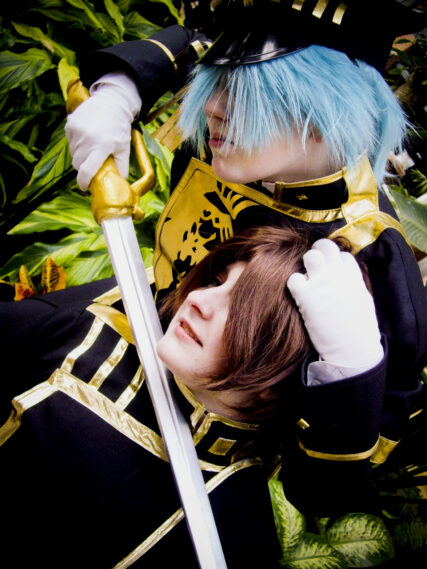 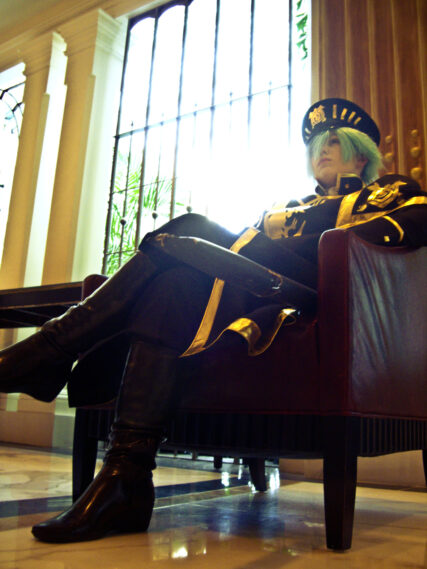 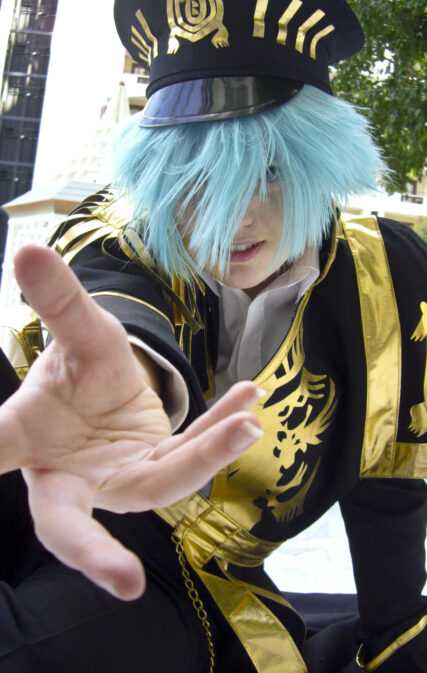 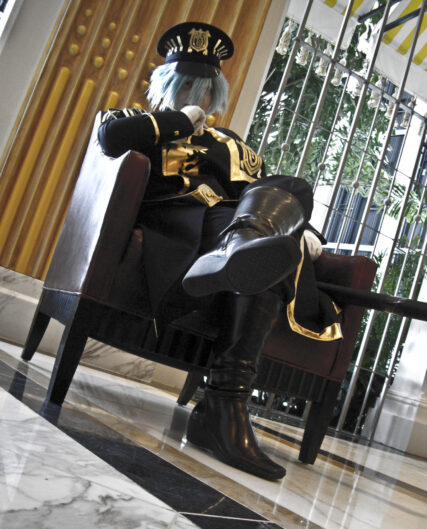 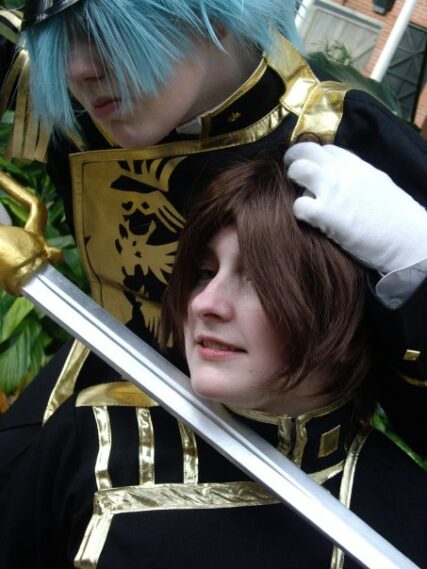 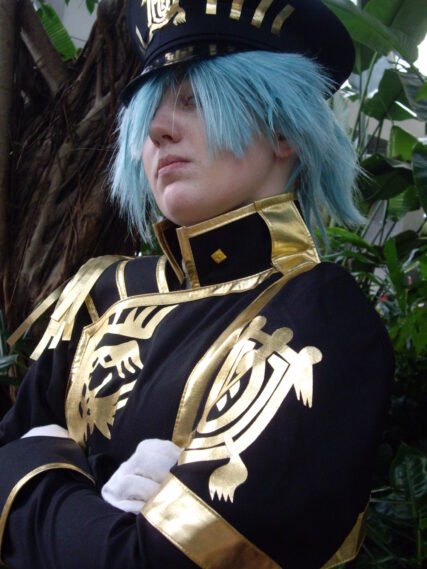 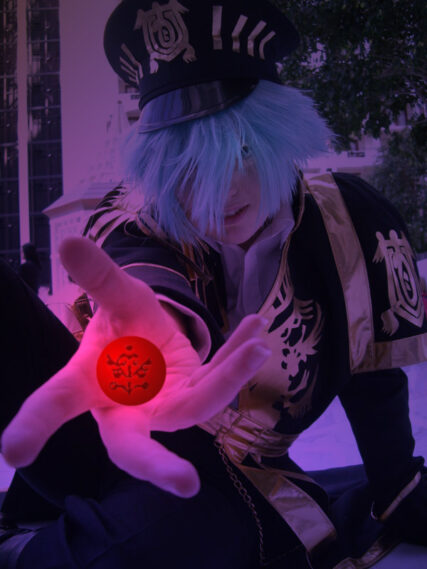 "Without fail, we will steal that Angel from the grip of the Death Gods."

While I suppose one could make the ‘Scar’ analogy to Chief Ayanami’s backstory, I found it to be a very poetic tragedy in many senses. This contributed to the chilling effect he had as a character through out the series. But it also is what made his redemption and even atonement so rewarding at the end.

I think we all sort of want that for characters, even antagonists. It’s natural I believe, for us to want a happy ending for everyone, even the bad guy. We want them to have a change of heart, realize what they’re doing is wrong or evil, and assist the protagonist in some way.

When that doesn’t happen, it’s not that it isn’t expected, but I think we may find ourselves a bit disappointed in them.

For that reason, I really enjoy Ayanami’s full arc though. Within it, the authors pull off a very difficult feat – that change of heart, which is needed for the turn around. It’s very subtle, but it’s there and they always stay in touch with the core of his being. That child surrounded by the snow.

I seem to have a habit of choosing to cosplay first characters that I think I can pull off and then later my favorites. Chief Ayanami was the one I thought I could pull off from “07-Ghost“. And he was fun to cosplay. But later, I found myself enjoying the character far more than I did when I first read and watched the show.

As far as cosplaying him, he was fun to do and I’d like to cosplay as him again. I did Ayanami when I was so young in my cosplaying years and I feel I could do him so much more justice now. My one problem seems to be that I love cosplaying as Frau and Ouka too much, so… we’ll see. New wig means new opportunities.

When I wore him originally, I also never wore makeup – just contacts. Would be really cool to see what I could do now for him. So let me know if I should ever bring him out again. I clearly need a good excuse. 😉